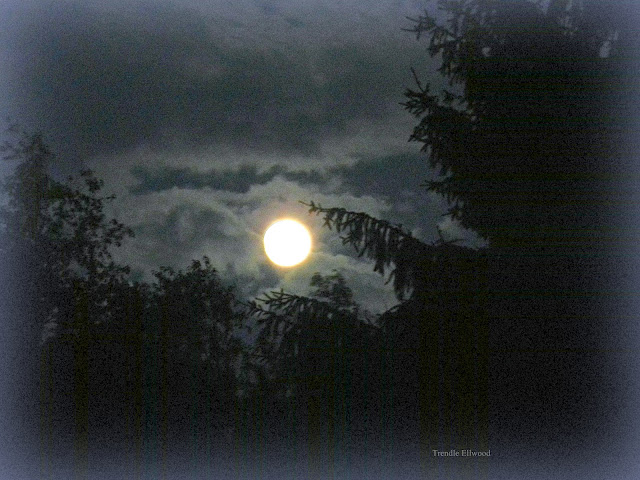 The sun does the same thing everyday, not so the moon who is always waxing and waning and changing her position. To me the moon is like a young women, as she blooms she is easy enough to find coming up on the eastern horizon behind the barn. Yet, just when she seems to be participating the fullest she suddenly gets shy and withdraws, hides her face and runs behind the barn and disappears!

When she takes these excursions I surmise the moon is introverted, likes to spend time alone. I have learned to let her go, then it is a treat when she decides to pop in and hang around. When she does, I look at her in surprise and exclaim, “Well, hello moon!” I know she has logic, but I cannot follow it.  The moon is waxing now, according to The Farmer's Almanac this is a good time for starting sprouts, transplanting and new beginnings. 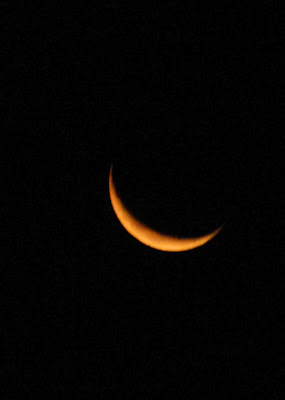 The Bee Keeper and I, when we first started growing gardens, liked the ideas we heard from old timers and read of in gardening books and The Farmer’s Almanac, regarding the folklore and science of planting by the cycles of the moon. We took their advice and tucked root crops in during the dark of the moon and sowed seedlings when the moon was waxing. After awhile though, I got tired of trying to keep track of the ever elusive moon so I surmised that when the right time came to do something the moon would tug at the tides inside of me. Now, I plant when I feel like it. I figure the moon is telling me to do so. My favorite names for the July moon are the Colonial American name for it, Summer Moon, and the Native American Indian word, ( Dakotah Sioux), which means something like, Moon of Middle Summer. 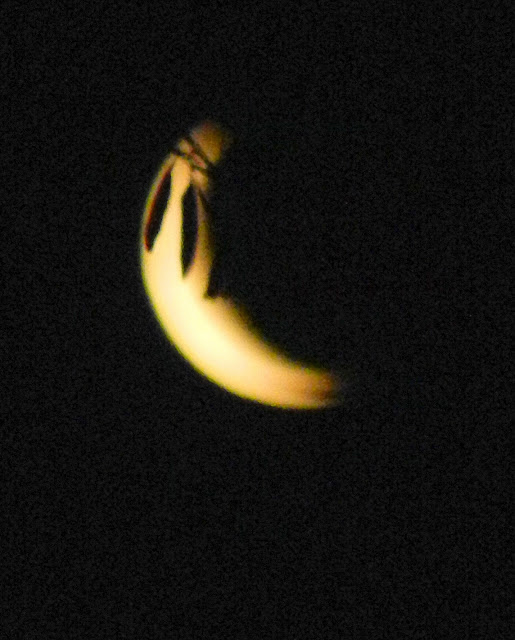 Posted by Trendle Ellwood at 6:44 PM