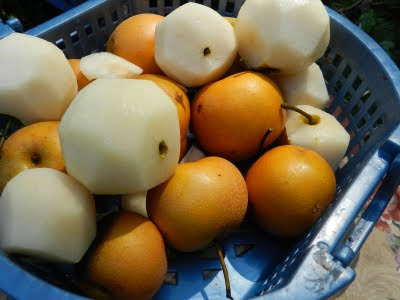 Asian pear is also known as apple pear and I can see why. It is as if this round fruit started off wanting to be an apple then changed its mind and wanted to become a pear. The mixed up little fruit that is named after a pear but not shaped anything like a pear is shaped instead like an apple. Ready to eat when it is still firm just like an apple instead of when it has softened like an ordinary pear, Asian pear has two layers of skin, the one underneath is green and like an apple skin while the skin on the surface is brown and paper-like. 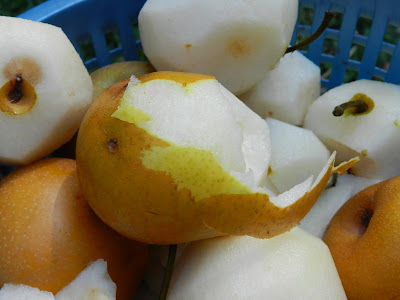 I just made some pear crisp. It is really good!

I have all this on a recipe card here 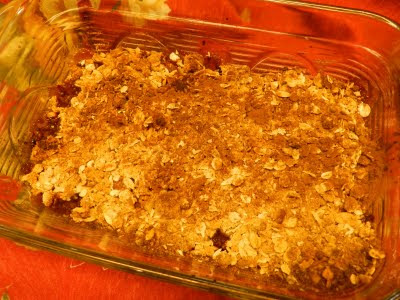 Posted by Trendle Ellwood at 6:42 PM